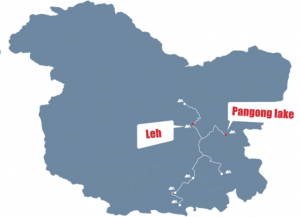 Helicopters of the Chinese Army came close to the border during the face-off with the Indian Army near Pangong Tso Lake in Eastern Ladakh last week.

Keep a watch on some facts related to the Pangong Tso Lake like nearby rivers, passes, Ramsar status etc.