Prelims level : Brahmaputra and its tributaries 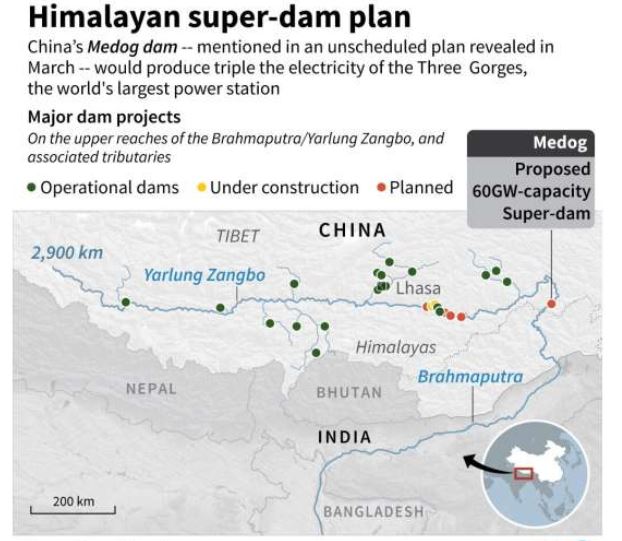 Brahmaputra hydrology: A tool of aggression for China

Chinese dams can hold large amounts of water, during times of droughts China could stop the flow of the river, jeopardizing the lives of millions of people in Arunachal Pradesh, Assam, and Bangladesh.

Why are such issues unaddressed?