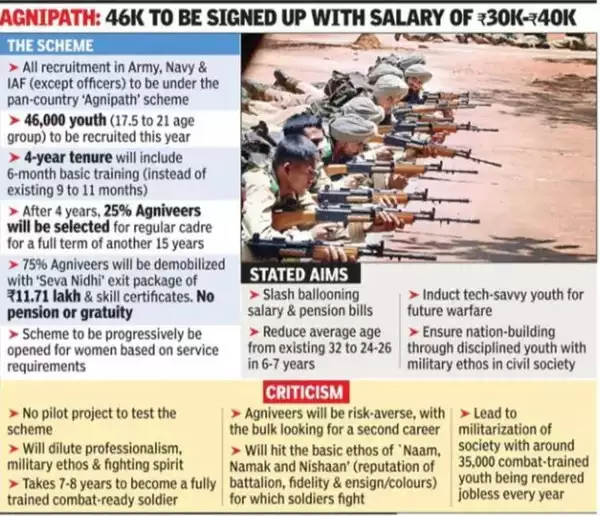 The Agnipath scheme for recruitment is a “transformative policy” which will be a “game changer” in strengthening the armed forces, said the Prime Minister.

What is Agnipath Scheme?

Working of the scheme

Payouts of the Agniveers

Why are aspirants protesting?

Need for the Scheme: Official explanation