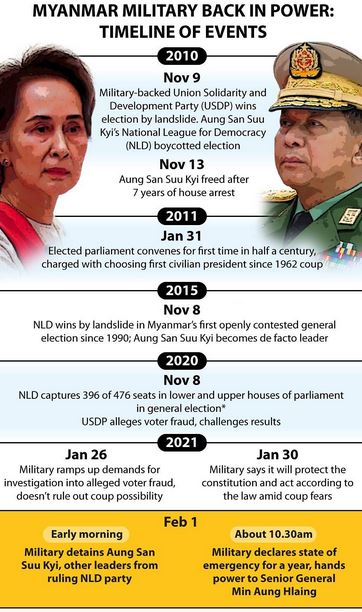 Myanmar’s military staged a coup detaining de facto leader Aung San Suu Kyi and declaring it had taken control of the country for one year under a state of emergency.

Q.Despite its military coup, Myanmar is the key in linking South Asia to Southeast Asia and the eastern periphery becomes the focal point for New Delhi’s regional outreach. Analyse.

How was the coup carried out?

Who is Aung San Suu Kyi?

India’s response to the takeover