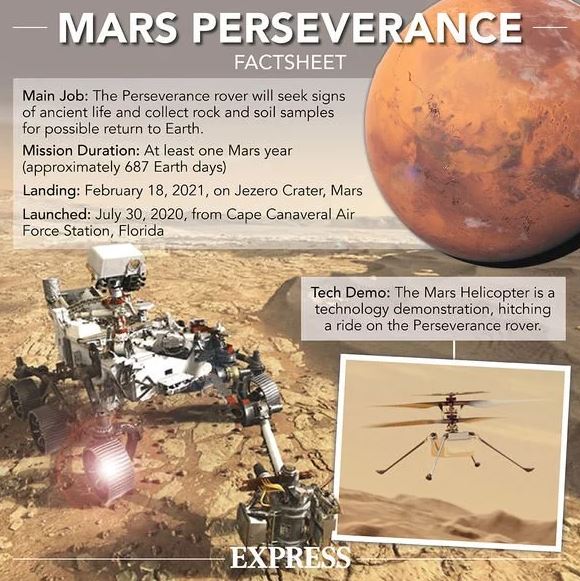 NASA’s rover Perseverance, the most advanced astrobiology laboratory ever sent to another world has landed safely on the floor of Jezero Crater on Mars.

Objectives of the mission

(a) Looking for underground water

(b) Testing a helicopter