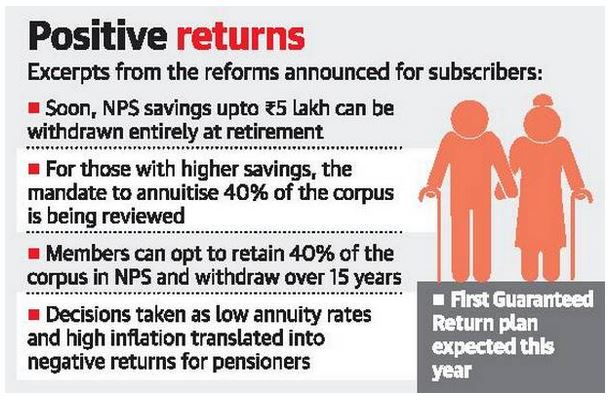 The National Pension System (NPS) will no longer compel investors to convert 40% of their accumulated retirement corpus into an annuity.

An annuity is a long-term investment that is issued by an insurance company and is designed to help protect you from the risk of outliving your income. Through annuitisation, your purchase payments (what you contribute) are converted into periodic payments that can last for life.

Q.Who among the following can join the National Pension System (NPS)?

(a) Resident Indian citizens only

Who can join NPS?