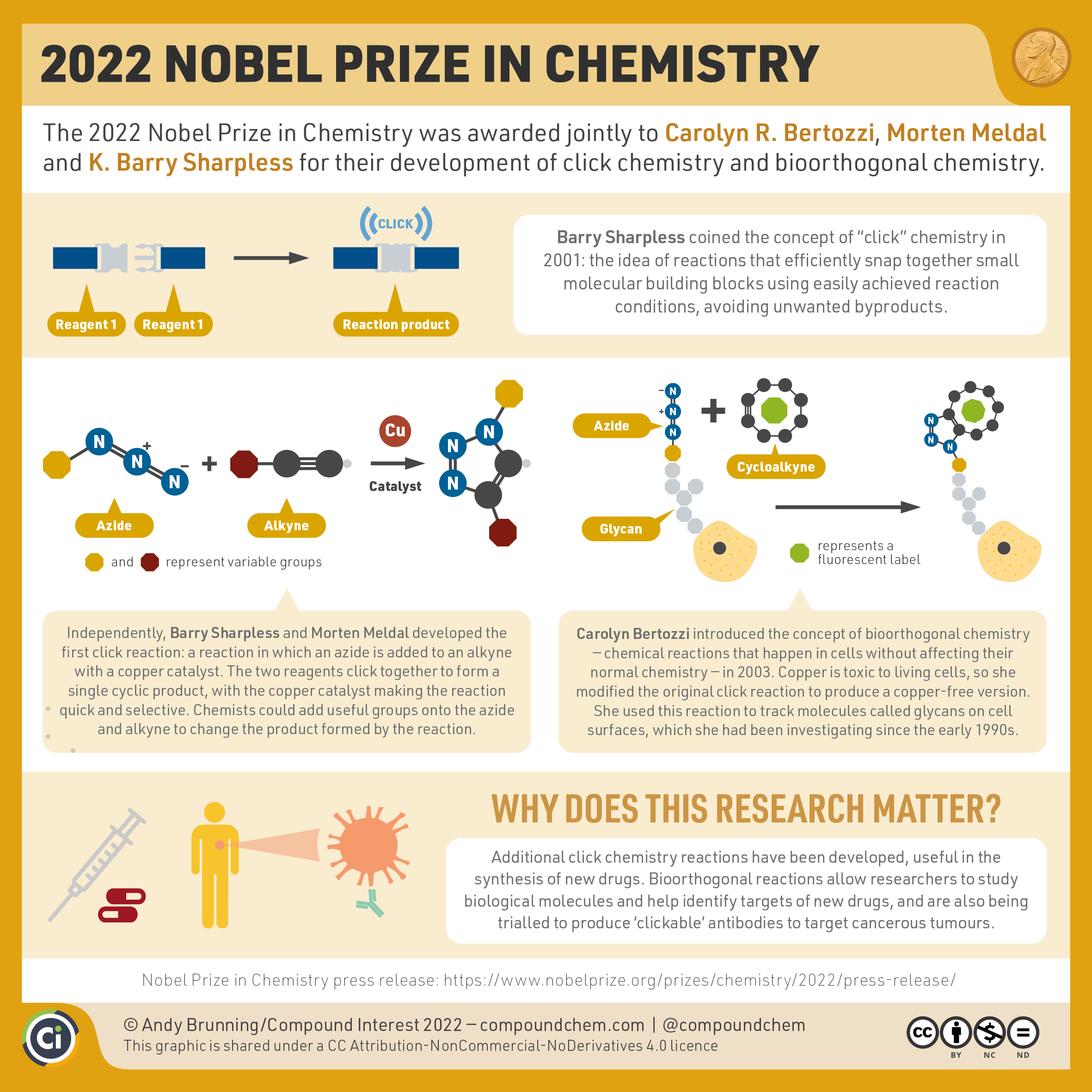 Scientists Carolyn R. Bertozzi, Morten Meldal and K. Barry Sharpless won the 2022 Nobel Prize in Chemistry on for discovering reactions that let molecules snap together to create desired compounds and that offer insight into cell biology.

What the scientists worked on?