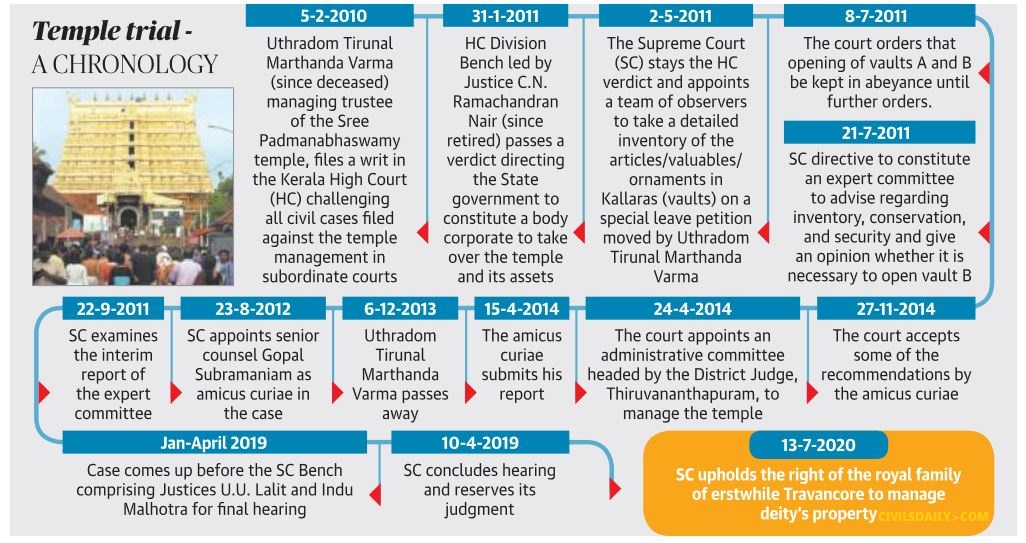 Reversing the 2011 Kerala High Court decision, the Supreme Court upheld the right of the Travancore royal family to manage the property of deity at Sree Padmanabha Swamy Temple in Thiruvananthapuram.

Q.In the context of the history of India, consider the following pairs

Which of the pairs given above is/are correctly matched?

What did the apex Court say?

What is the case about?

Earlier cases of ownership: A background

Is the temple the property of the royal family?

What about the treasure in the vaults?

What impact would this ruling have?