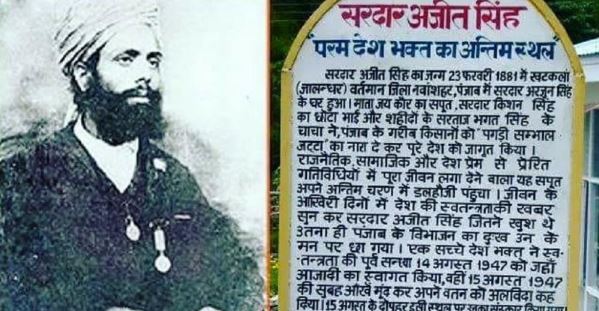 Sardar Ajit Singh Sandhu,  the brain behind the ‘Pagri Sambhal Jatta’ movement is now being remembered in the ongoing agrarian resentments in Punjab.

Q.What was the immediate cause for the launch of the Swadeshi movement?

(a) The partition of Bengal done by Lord Curzon.

(b) A sentence of 18 months rigorous imprisonment imposed on Lokmanya Tilak.

(c) The arrest and deportation of Lala Lajpat Rai and Ajit Singh; and passing of the Punjab Colonization Bill.

Who was Ajit Singh?