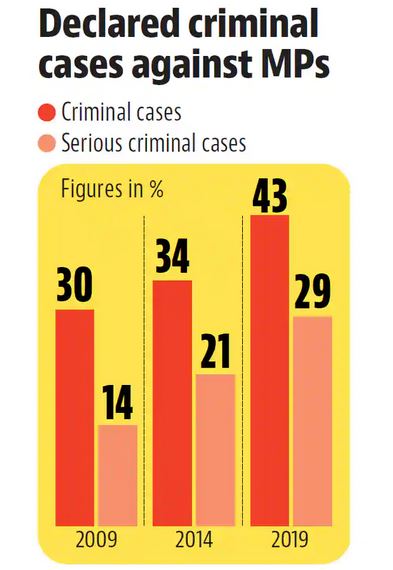 The Supreme Court has directed the political parties to publish the criminal history if any, of their election candidates on the homepage of their party websites under the caption ‘candidates with criminal antecedents’ within 48 hours of their selection.

Which of the statements given above is/are correct? (CSP 2020)

On a serious note

The Supreme Court earlier in Feb 2020 had ordered political parties to publish the entire criminal history of their candidates for Assembly and Lok Sabha elections.

Why are such tainted candidates inducted by political parties?