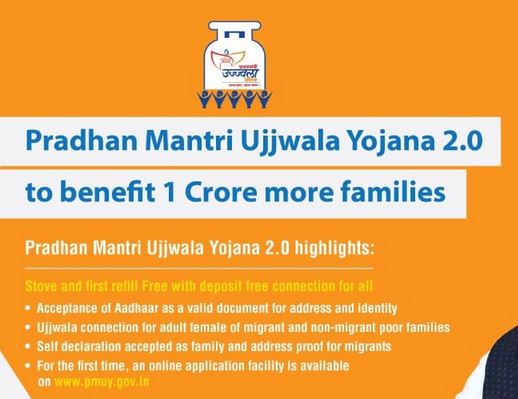 Prime Minister has launched the second phase of the Ujjwala gas connection scheme for the poor and said it would provide the biggest relief to lakhs of migrant worker families in the country.

About the PM Ujjwala Yojana