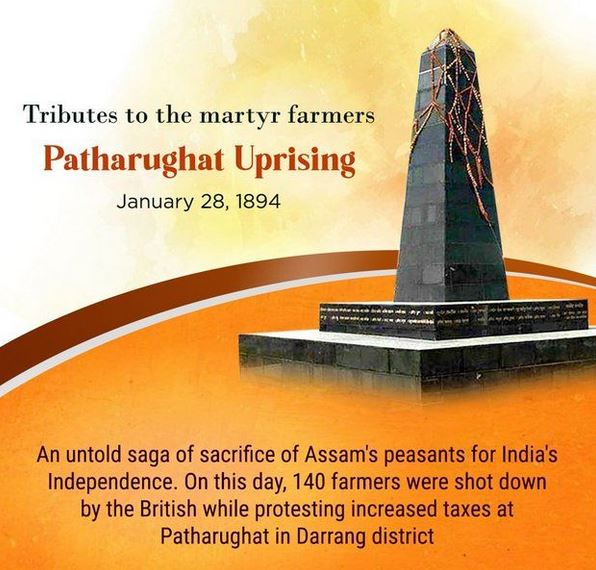 Twenty-five years before the Jallianwala Bagh massacre, more than a hundred peasants fell to the bullets of the British on January 28, 1894, in Patharughat, a small village in Assam’s Darrang district.

Make a note of all breakthrough peasants’ revolt in the nineteenth century. Also, try this PYQ:

Q.The demand for the Tebhaga Peasant Movement in Bengal was for-

(c) The uprooting of Zamindari system and the end of serfdom

(d) Writing off all peasant debts

The day of the massacre

Why was the incident significant?