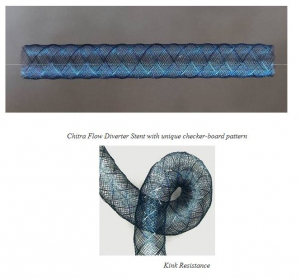 The Sree Chitra Thirunal Institute of Medical Science and Tech. Thiruvanthapuram an Institute of National Importance under the Department of Science and Technology has developed an innovative intracranial flow diverter stent for the treatment of aneurysms of the blood  vessels of the brain. How to avert risks of Brain Aneurysms?

Why are flow diverter stent preferable?

What is CHITRA flow diverter?