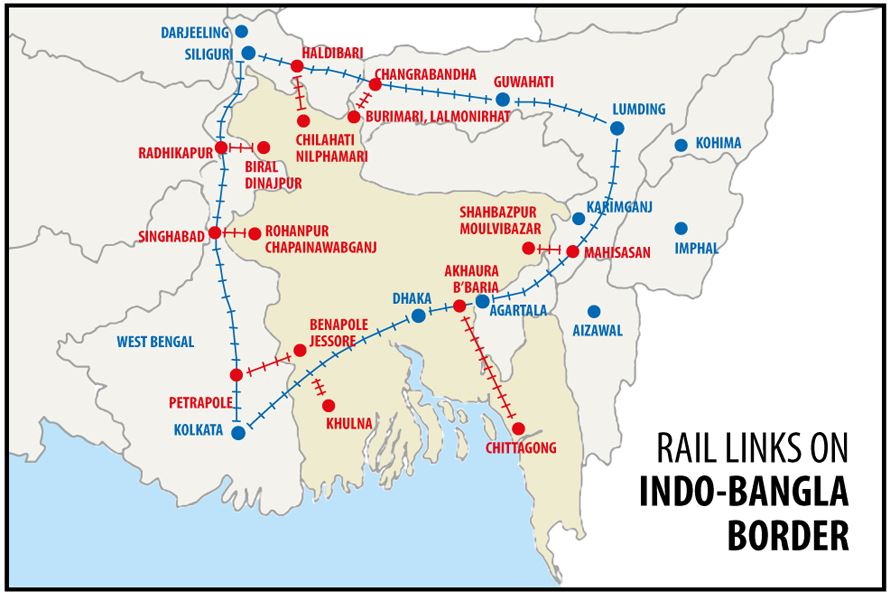 Other railway links between India and Bangladesh

As of now, five links connecting India with Bangladesh have been made operational which include: