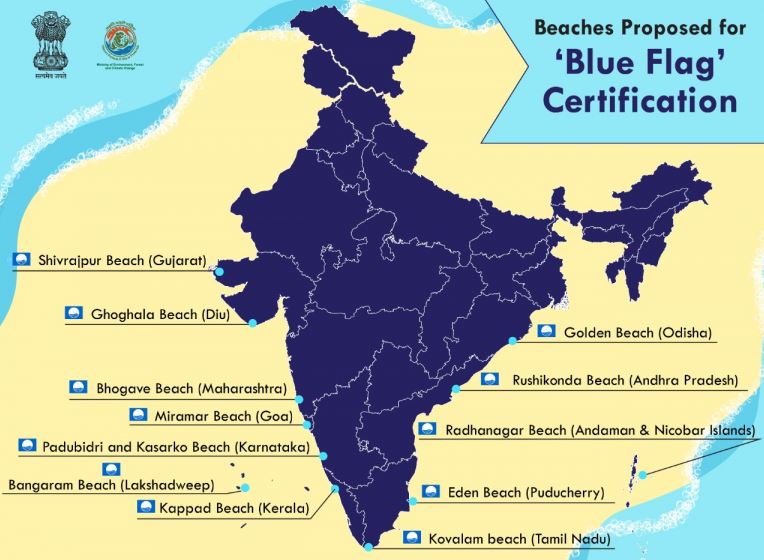 The Environment Minister has virtually hoisted the international blue flags in 8 beaches across the country.

Q. At one of the places in India, if you stand on the seashore and watch the sea, you will find that the seawater recedes from the shoreline a few kilometers and comes back to the shore, twice a day, and you can actually walk on the seafloor when the water recedes. This unique phenomenon is seen at:

Which are the 8 beaches?

The beaches where the International Blue Flags were hoisted are: