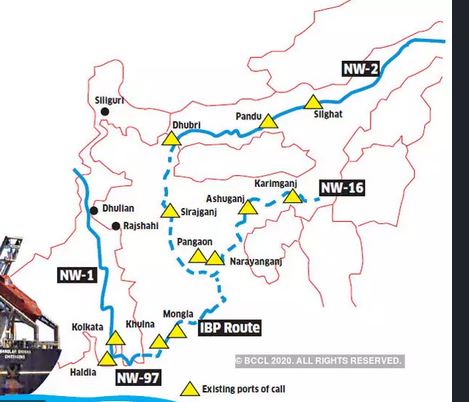 India and Bangladesh have opened a new chapter in regional connectivity by expanding the scope of inland water transport mechanism that would enable to boost trade in the region.

Note all the ports mentioned in the newscard and the image. Also, keep a tab on river systems of North east India.

The number of Indo Bangladesh Protocol (IBP) routes is being increased from 8 to 10 and new locations are also added to the existing routes: –

About the Protocol on Inland Water Transit