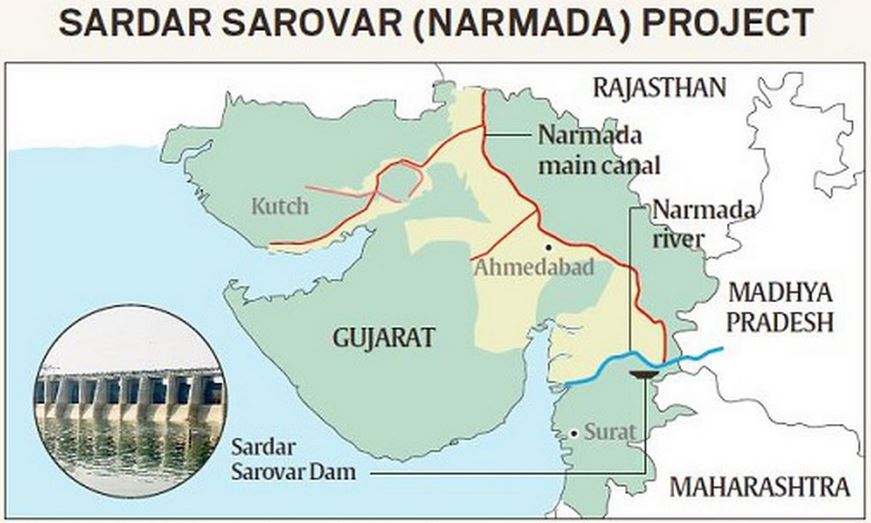 The PM has inaugurated dynamic lighting for the Sardar Sarovar Dam.