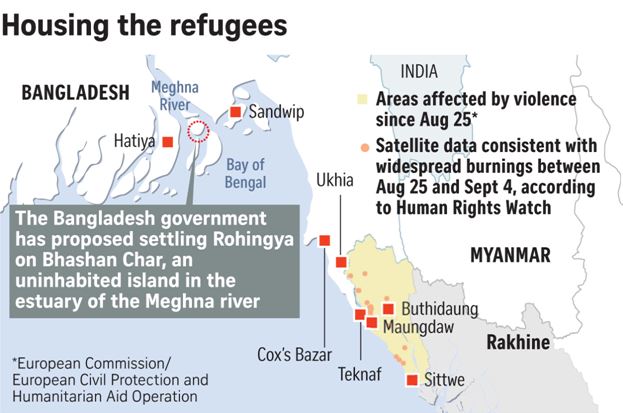 Bangladesh has transported more than 1,600 Rohingya refugees to a low-lying island in the first phase of a controversial planned relocation of 1,00,000 people.

Can you see, what the so-called champions of tolerance and human rights doing to the refugees in their own country!

Extraditing to another hell