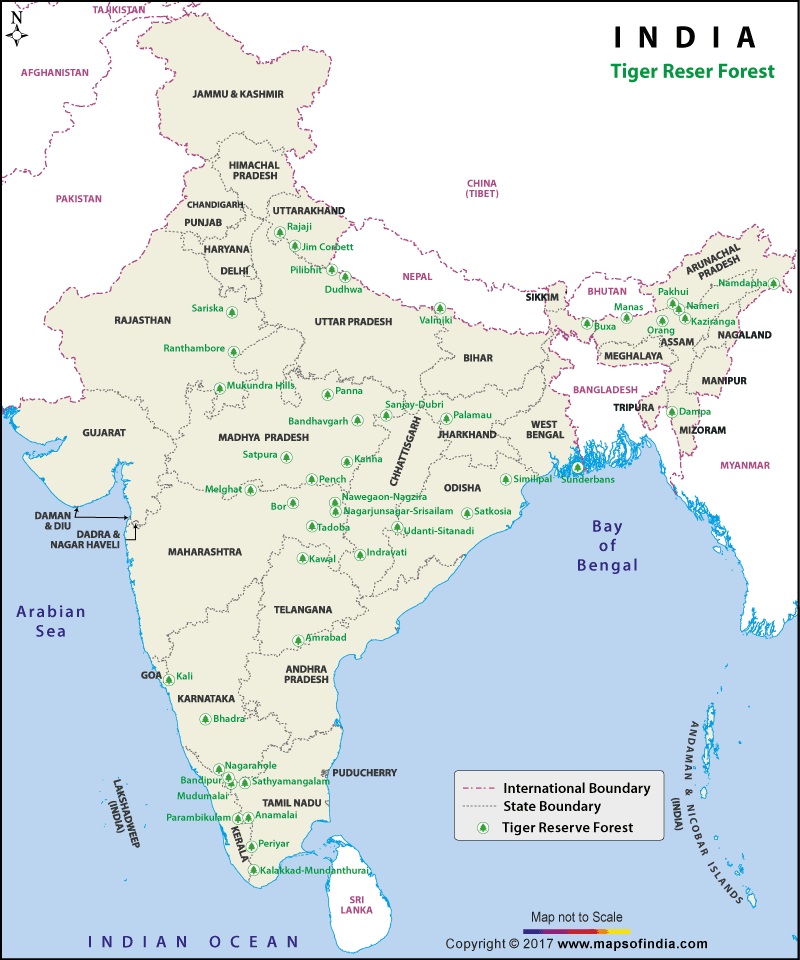 A tiger believed to have been responsible for the death of two herders in the Mudumalai Tiger Reserve was finally captured.

Read all the tiger reserves in India through this map. Put more focus on South Indian states and the NE region.

Q. Recently there was a proposal to translocate some of the lions from their natural habitat in Gujarat to which one of the following sites?

Post your answers here.
12
Please leave a feedback on thisx