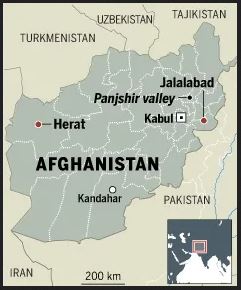 The Taliban has sent hundreds of its fighters to the Panjshir Valley, one of the few parts of Afghanistan not yet controlled by the group.

Why is it significant?

Which of the pairs given above are correctly matched? (CSP 2018)