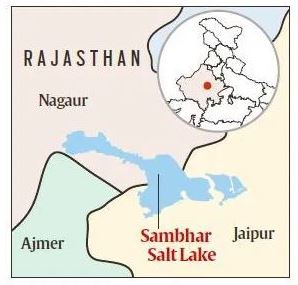 The world-famous Sambhar Salt Lake in Rajasthan is constantly shrinking with the degradation of soil and water quality and a decline in the population of migratory birds.

Which one of the following is an artificial lake? (CSP 2014)