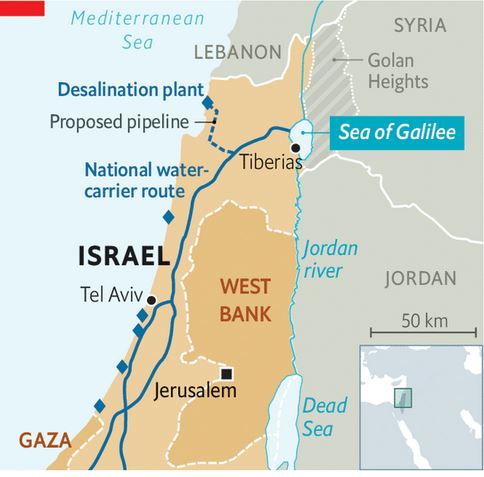 The Sea of Galilee, well-known in Jewish, Christian, and Islamic lore, has swelled up due to recent rains, according to reports in the Israeli media.

The Sea of Galilee Lake Tiberias, Kinneret or Kinnereth is a freshwater lake in Israel. It is the lowest freshwater lake on Earth and the second-lowest lake in the world (after the Dead Sea, a saltwater lake).