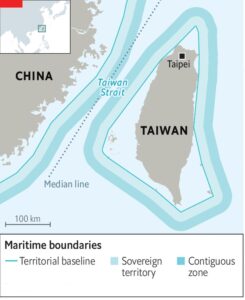 India has for the first time referred to what it called “the militarization of the Taiwan Strait”, marking a rare instance of New Delhi appearing to comment on China’s actions towards Taiwan.

Why is India shifting its stance?