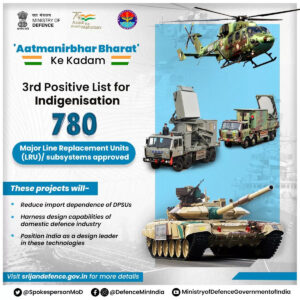 In line with the effort to promote self-reliance in defence manufacturing, the Defence Minister has approved the third Positive Indigenisation List (PIL) of 780 strategically important line replacement units (LRU).

Other steps taken by the Centre to boost defence production