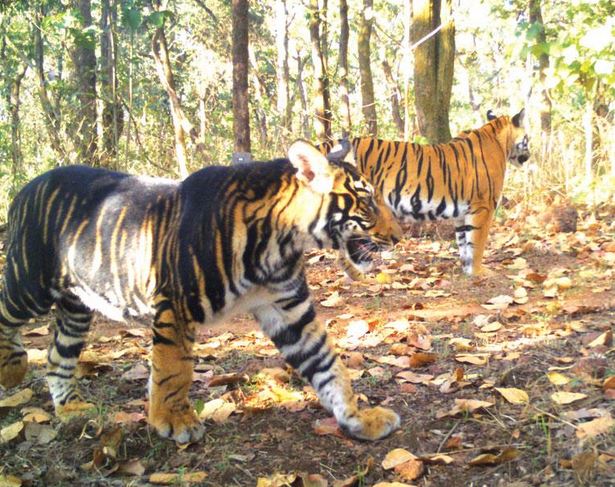 A team of scientists has resolved the genetic mystery of Simlipal’s so-called black tigers.

What are Black Tigers?

Where are they mostly found?

Why they are rare?

What about natural selection?

Two important rivers – one with its source in Jharkhand (and known by a different name in Odisha), and another, with its source in Odisha – merge at a place only a short distance from the coast of Bay of Bengal before flowing into the sea. This is an important site of wildlife and biodiversity and a protected area.

Which one of the following could be this?
(a) Bhitarkanika
(b) Chandipur-on-sea
(c) Gopalpur-on-sea
(d) Simlipal

2
Please leave a feedback on thisx