India’s tiger population has reached a new high at 2,367.

Before reading this newscard, try these PYQs:

Which of the above are declared Tiger Reserves? 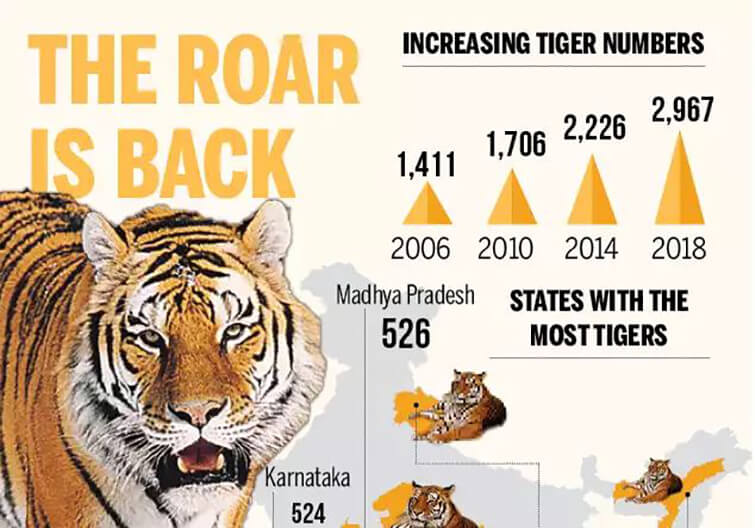 Details of the report