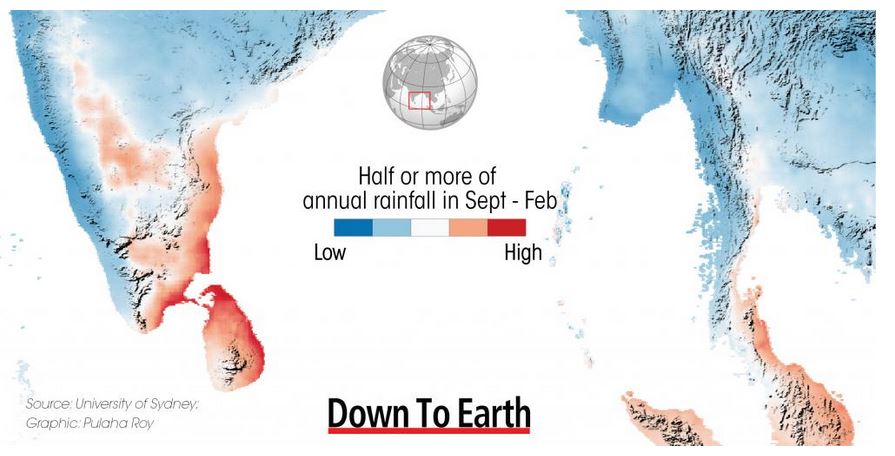 Rainfall during retreating monsoon, which parts of South India experience every year, is not a local anomaly and is global in nature and scale, according to a recent study by the University of Sydney.

What is Retreating Monsoon?

What has the research found?

Two predominant factors cause the phenomenon:

Q.The seasonal reversal of winds is the typical characteristic of:

(d) All of the above climates