The Ahmedabad Municipal Corporation, in its draft budget for 2021-22, has set aside Rs 1050 crore for the Sabarmati River Front Development phase 2, work on which is to begin soon.

Rs 1050 crore fund! See how rich even the Municipal Corporations in India are! 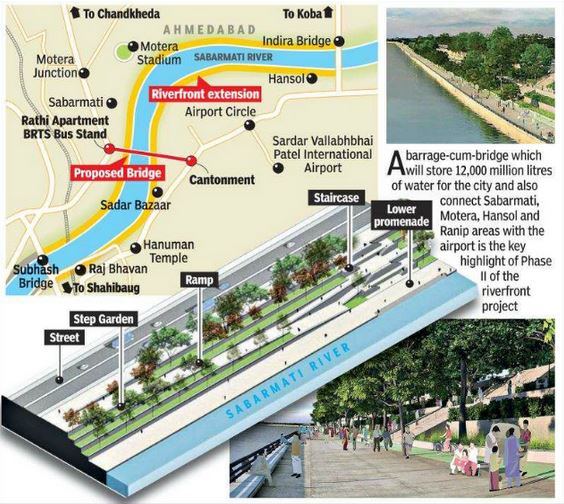 Also, revise the concept of Water Divide from your NCERTS or refer to this link: https://www.ncert.nic.in/ncerts/l/iess103.pdf