The Supreme Court has challenged the government to produce material showing its reasons for introducing the Tribunal Reforms Bill of 2021, which abolishes nine appellate tribunals and revives provisions of an ordinance struck down by the Supreme Court, in the Parliament.

The Income Tax Appellate Tribunal was established as the first Tribunal in India back in 1941.

In 1976, Articles 323A and 323B were inserted in the Constitution of India through the 42nd Amendment. 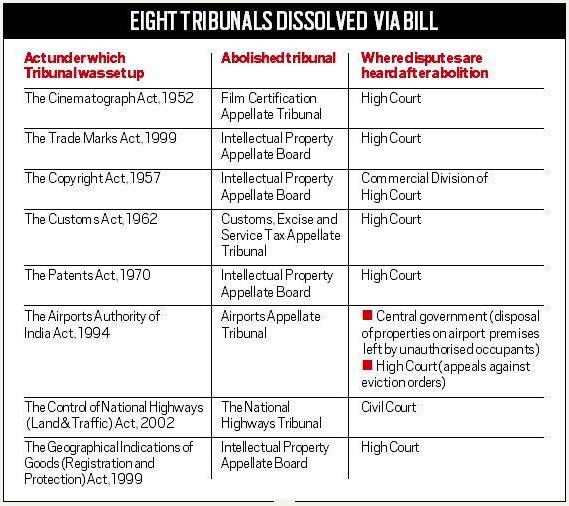 What is the recent news?

What happens to cases pending before the tribunals are dissolved?

Observations made by the Court

A new flashpoint between Executive and Judiciary