Mains level : Protection of SCs and STs against caste based atrocities 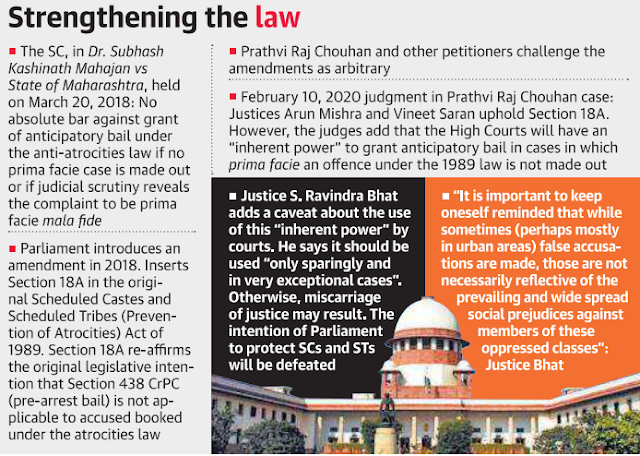 The Supreme Court has upheld the SCs/STs (Prevention of Atrocities) Amendment Act of 2018, which nullified it’s own controversial March 20, 2018 judgement.  Earlier judgment had diluted the original 1989 legislation, saying they were using its provisions to file false criminal complaints against innocent persons.

Why was the SC/ST Act enacted?

Why it was amended?

In what manner had the 2018 judgment diluted provisions for arrest?

Were other provisions diluted?

How frequently do SCs/STs face atrocities?

Assist this newscard with: