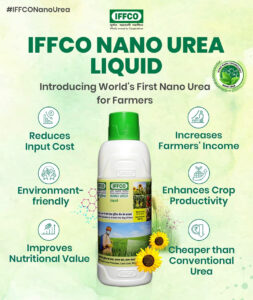 Liquid Nano Urea, a fertilizer patented and sold by the Indian Farmers Fertiliser Cooperative Ltd. (IFFCO), has been approved by the government for commercial use because of its potential to substantially reduce the import bill, but several experts have questioned the science underlying its efficacy.

What is Liquid Nano Urea (LNU)?

How efficient is LNU?

Simple calculations show that Nano urea can not replace 1 bag urea under the current recommendation. It is not late to correct the mistake and rectify now.