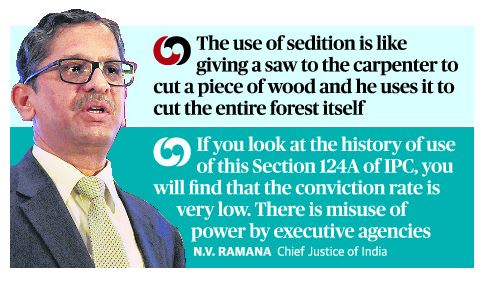 The CJI is now convinced that sedition law (IPC 124A) is being misused by the authorities to trample upon citizens’ fundamental rights of free speech and liberty.

What does Section 124A of the IPC say? 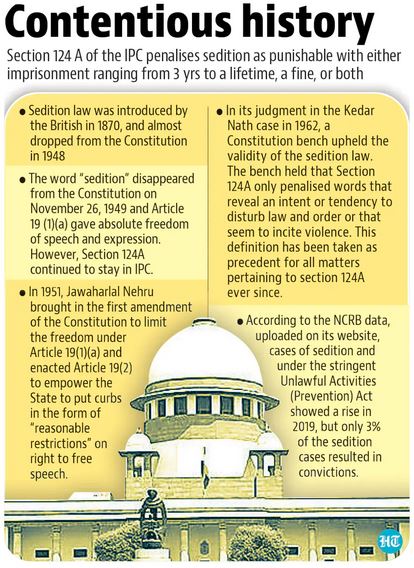 What is its origin?

Is it constitutionally valid?

Why the controversy now?

What is being debated about it?

What has the apex court observed?

Q.With reference to Rowlatt Satyagraha, which of the following statements is/are correct?