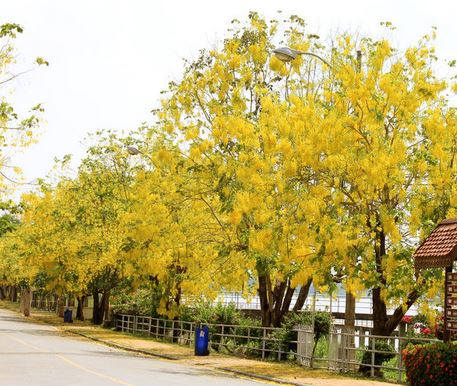 The Amaltas or Indian laburnum has begun blooming this summer.