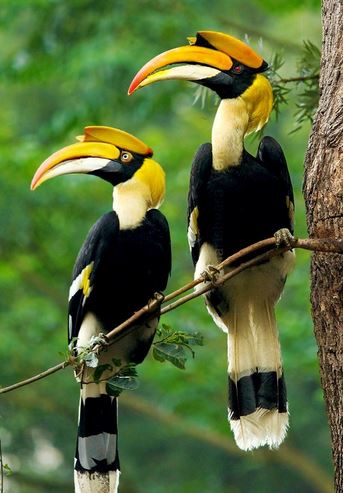 A study based on satellite data has flagged a high rate of deforestation in a major hornbill habitat in Arunachal Pradesh.

Q. In which of the following regions of India are you most likely to come across the ‘Great Indian Hornbill’ in its natural habitat? (CSP 2016)

(a) Sand deserts of northwest India

(b) Higher Himalayas of Jammu and Kashmir

IUCN status: Vulnerable (uplisted from Near Threatened in 2018), CITES: Appendix I