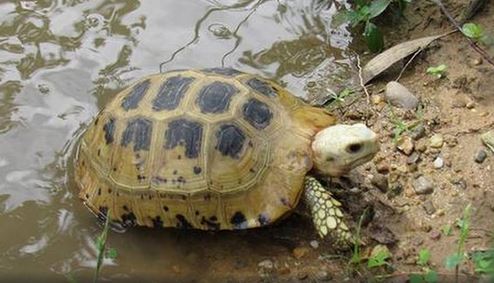 A recent study by ecologists in the Wildlife Institute of India, Dehradun, has found that the area designated as a protected area network has only a small overlap with the actual habitat of Sal forest tortoise. Over 90% of the potential distribution of the species falls outside the current protected area’s network.

What you should focus on?

On map, identify areas where Sal forest tortoise are found.

Revise the map of various Forest system of India and their characteristics as well.

Also read the complete series on-