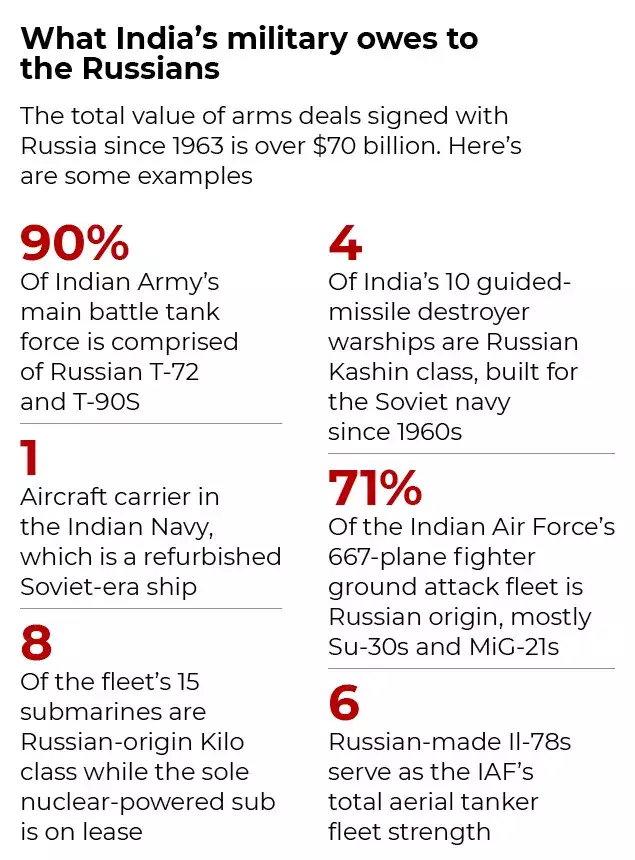 As the war in Ukraine stretches over four months with no end in sight, it has given rise to apprehensions on Russia’s ability to adhere to timely deliveries of spares and hardware to India.

History of the bilateral defence ties

What saw the decline?

Impact of the war

What is the status of deals underway/new deals pending with Russia?

What is the status of payments?