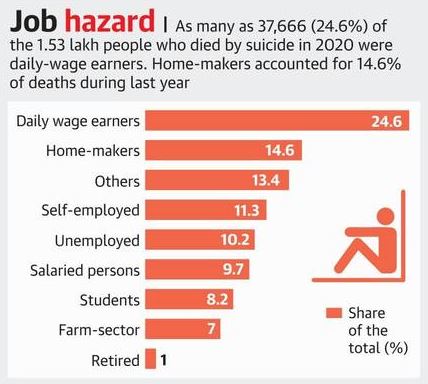 The number of agricultural labourers who died by suicide in 2020 was 18% higher than the previous year, according to the National Crime Records Bureau (NCRB) report.

Why more suicides despite a boom?

Suicide victims are motivated by more than one cause however the primer reason is the inability to repay loans.