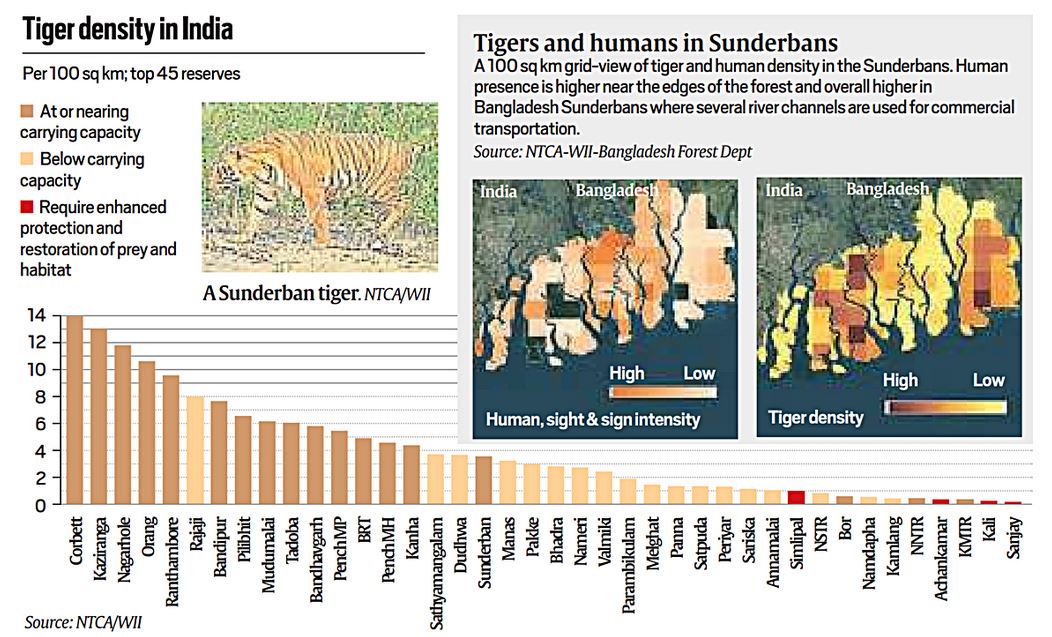 Preliminary findings of a study by the Wildlife Institute of India (WII) suggest that the density of tigers in the Sunderbans may have reached the carrying capacity of the mangrove forests, leading to frequent dispersals and a surge in human-wildlife conflict.

Conflict: cause or effect

Why tiger corridors are not a solution?

Q.Among the following Tiger Reserves, which one has the largest area under “Critical Tiger Habitat” ?