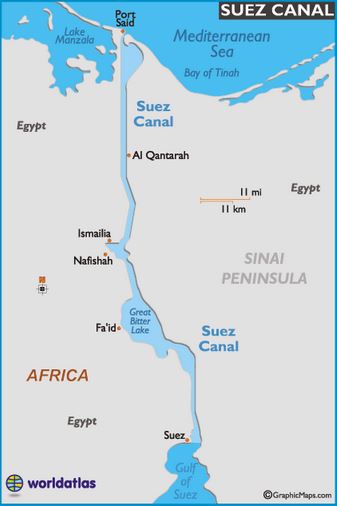 Q.Between India and East Asia, the navigation time and distance can be greatly reduced by which of the following?