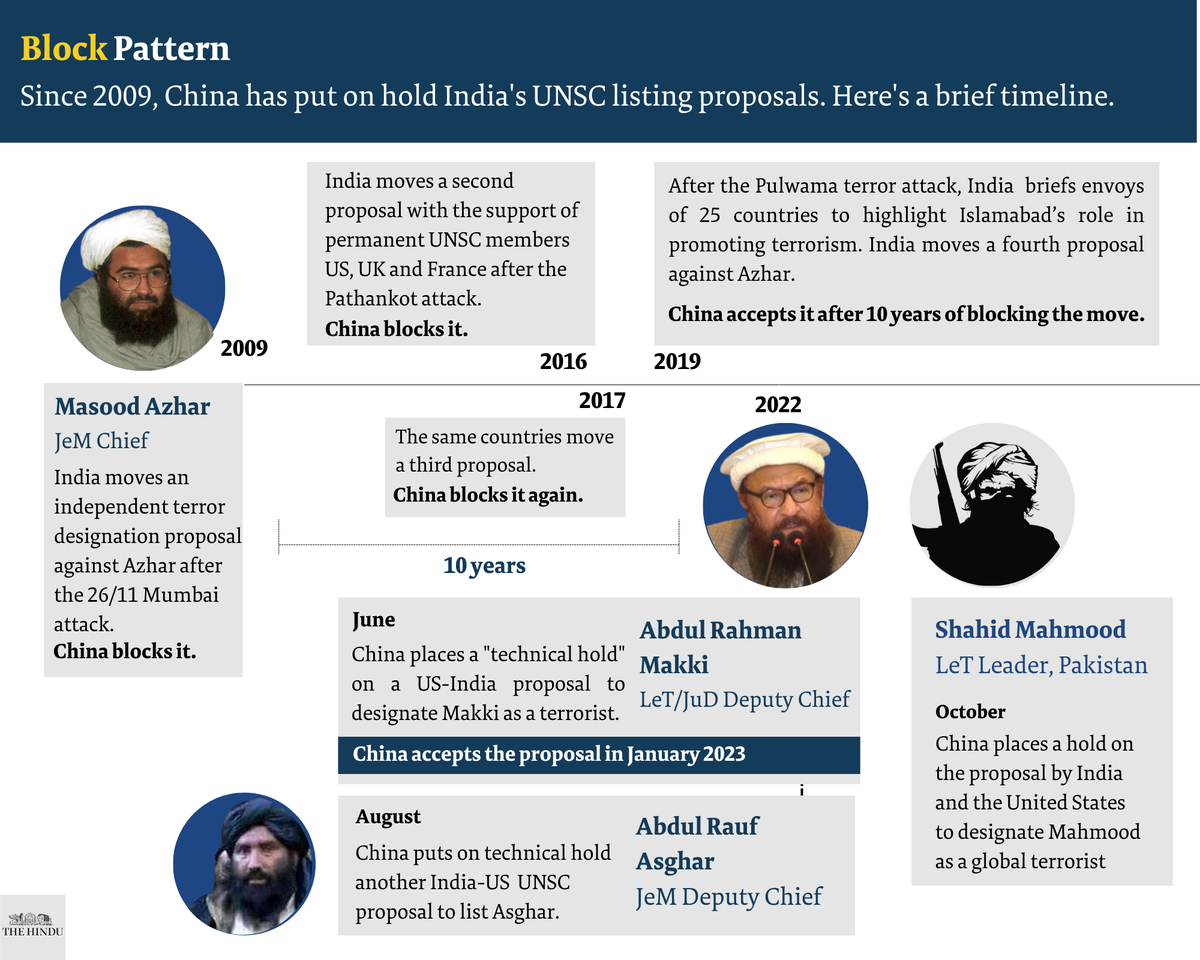 The ISIL and Al Qaida Sanctions Committee of the UN Security Council (UNSC) has placed Abdul Rehman Makki, a fundraiser and key planner of the Pakistan-based terrorist outfit Lashkar-e-Taiba (LeT), on its sanctions list.

How is the blacklisting done?

How China supports Terror in Pakistan?

Here is a timeline of how China disrupts the global efforts against terrorism: