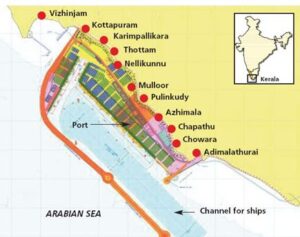 Vizhinjam near Thiruvananthapuram, is on the boil due to the under-construction Vizhinjam Port Project, from both sea and land.

Why protests are erupted?

What lies at the heart of the protest?

Why the Vizhinjam project is considered important?