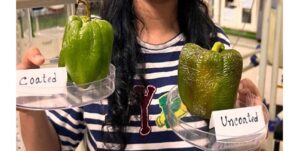 A team of researchers at the IIT — Guwahati has developed an edible coating using marine alga that coated on vegetables and fruits, substantially extends their shelf-life.

Benefits of this Edible coating

Why is it viable?