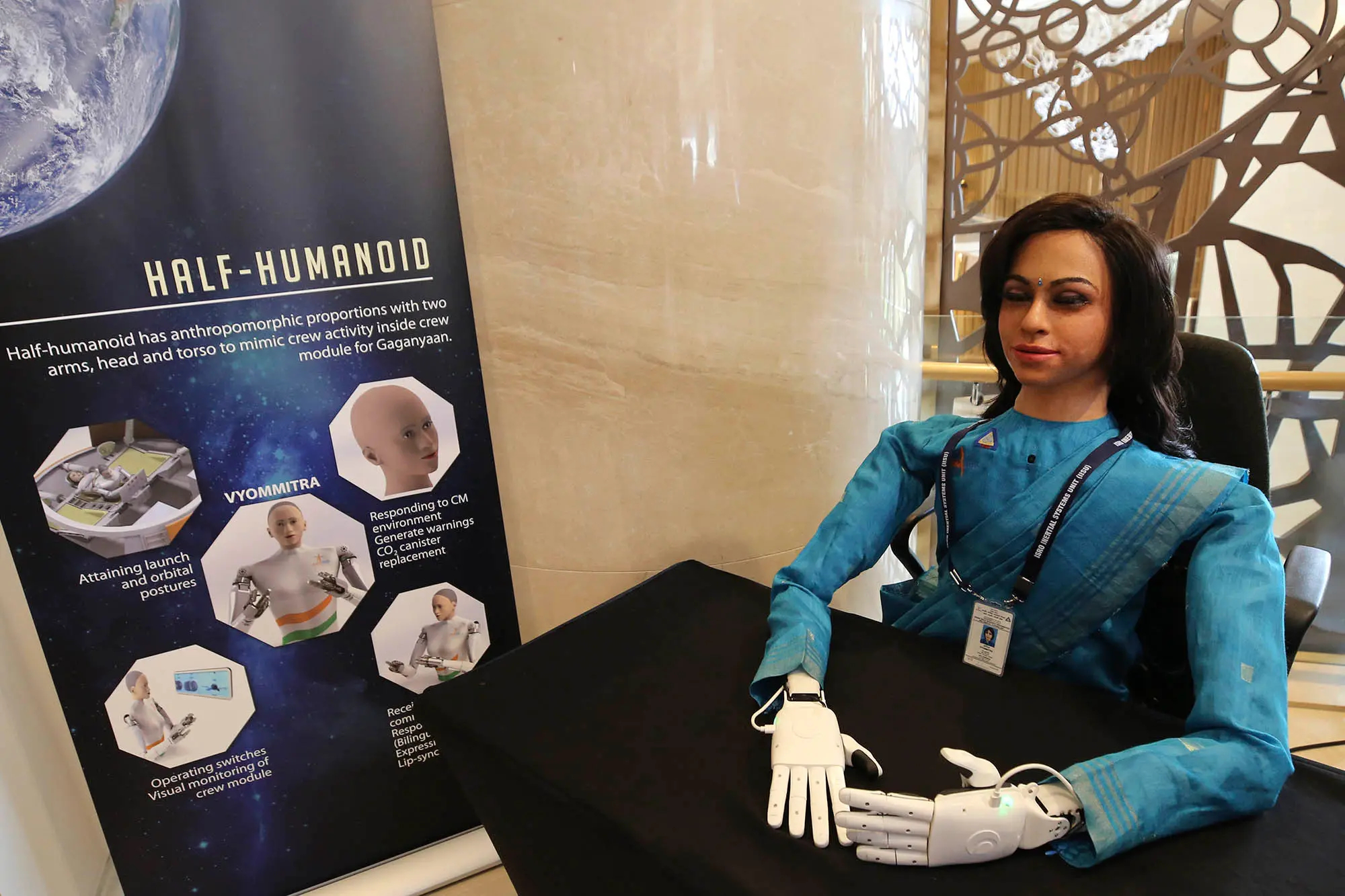 Vyommitra, the humanoid designed and developed by the ISRO to fly aboard unmanned test missions ahead of the Gaganyaan human space-flight mission, is undergoing pre-flight ground tests at the ISRO Inertial Systems Unit (IISU).

Functions of the humanoid

What is the recent development?