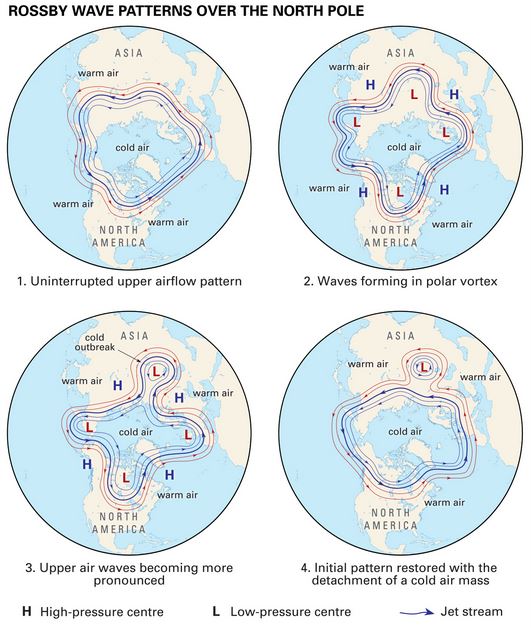 Droughts in India have historically been associated with El Nino, anomalous warming of the equatorial Pacific, but Indian scientists have found some relevance in Rossby Waves.

Q.The determinants of Indian Monsoon are no more limited to the Pacific and the Indian Ocean. Discuss.

El-Nino alone do not cause drought

Then, how were droughts induced?

Another factor: The Rossby Waves

Now scratch your basics on Planetary Winds. “Go back to the NCERTs !”

What are Rossby Waves?

Points to be noted ……