The article analyses the factors contributing to the claim of 10% rise in total Foreign Direct Investment in 2020-21 and its impact on economy. 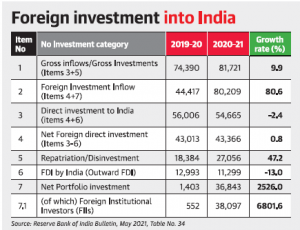 How FDI is different from FII 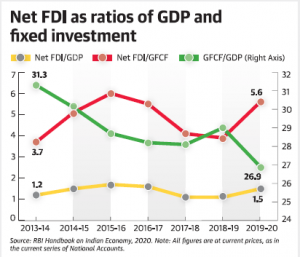 The flood of FIIs has boosted stock prices and financial returns. These inflows did little to augment fixed investment and output growth.