Mains level : India's farm sector and its contribution to the GDP

2020-21 saw the Indian economy register its worst-ever contraction since Independence and also the first since 1979-80. There has been recording economic contraction, however, the farm sector actually grew by 3.6%. 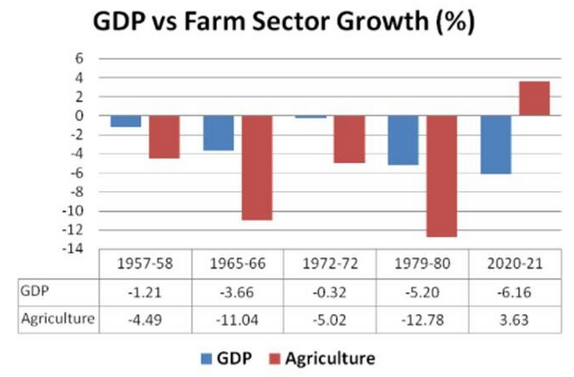 There are two main reasons why agriculture didn’t suffer the fate of the rest of the economy last year.

What were the issues faced?

Prospects for this Year

The one obvious difference between now and last year is Covid-19 cases. Covid’s impact on agriculture per se would depend on the spread, intensity, and duration of the infection.

(1) The first factor to be considered is the monsoon. The good news this time is that there is no El Niño.