There is growing pushback from the South China Sea littoral countries against Chinese aggressive behaviour. And as a stakeholder, India should consider the options to assert its rights there.

How ASEAN countries are dealing with China

Instances of  pushback from ASEAN countries

India as a stakeholder

What should be India’s response

Consider the question “The South China Sea is important not just to its littoral countries but to the others as well. But China’s growing inclination to change the status quo there harms the interests of other stakeholders. In light of this suggest the relevant options that India could exercise.”

As a stakeholder in the South China Sea India must explore all the options at its disposal and try to foster respect for international law and rules-based global order. 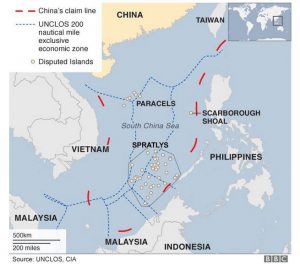