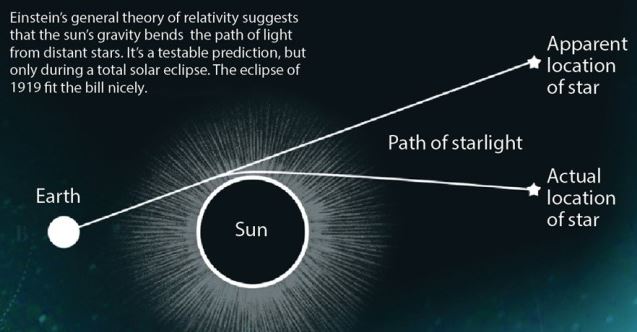 This newscard is an excerpt from the original article published in the DownToEarth.

Which of the above is/are the predictions of Albert Einstein’s General Theory of Relativity, often discussed in media?

What was studied during the eclipse?

whats the answer of PYQ?

I thought he said Universe is expanding with acceleration and not constantly, thanks for clarifying