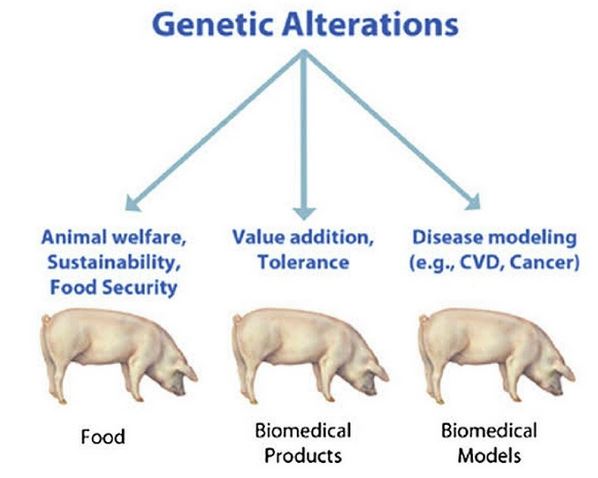 The US Food and Drug Administration (FDA) approved a first-of-its-kind intentional genomic alteration (IGA) in a line of domestic pigs referred to as GalSafe pigs.

Q.What is Cas9 protein that is often mentioned in news?

(a) A molecular scissors used in targeted gene editing

What is Intentional Genomic Alteration?

What does FDA’s recent approval mean?