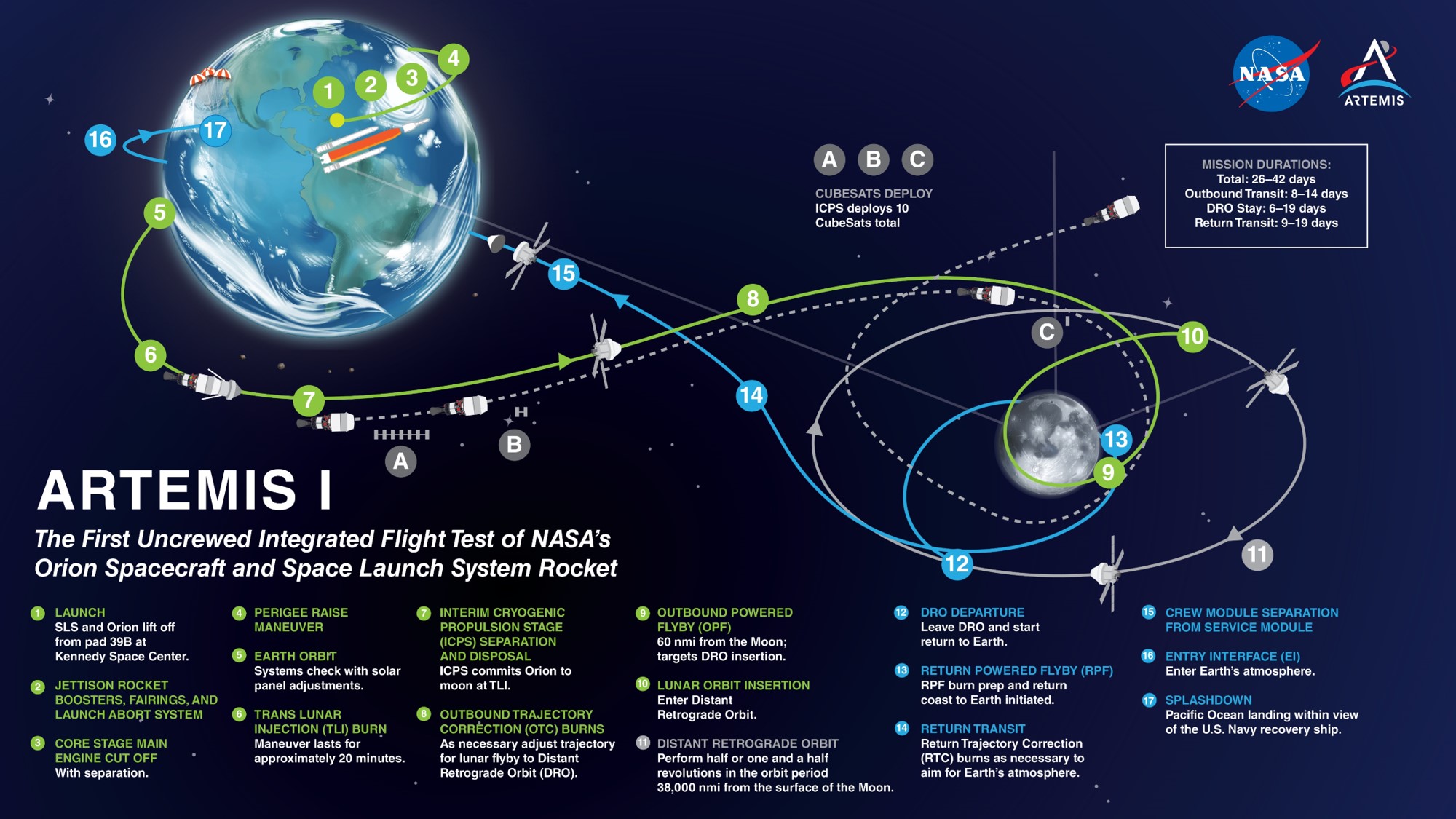 On March 17, the National Aeronautics and Space Administration (NASA) rolled out its Artemis I moon mission to the launchpad for testing at the Kennedy Space Centre in Florida, United States.

What is the Artemis I Mission?

Key objectives of the mission

What is the mission trajectory?

What are the future missions in the Artemis programme?